On the 12th and 13th of April our school held an English project day, where we worked in six groups to complete various tasks, all while speaking English, to help us improve our skills.

On the first day we had to plan a 5-day long trip for 2 people into the United Kingdom.  We had to look at several hotel listings and programs to do while the pair would be in the United Kingdom.  I think it went well and all the presentations in our group were great. Everyone planned a unique trip, and it was very interesting. At the end of the day, we received some treats for our efforts.

On the second day there were several tasks we had to do, and they were, of course, all connected to the United Kingdom in some way. We learned about the British gastronomy, or rather the lack of it. There were also projects about British humour, the royal family, phrases and idioms, we had to write an essay about the project we made the day before and about music. We competed for sweets on various occasions. I think it was a well-organised event and we all came out with some positive experiences.

Personally, I had fun and enjoyed myself during the two days. It was a nice change of pace from the usual school days, and it felt refreshing as well and we all learned something new about the United Kingdom and/or the English language. 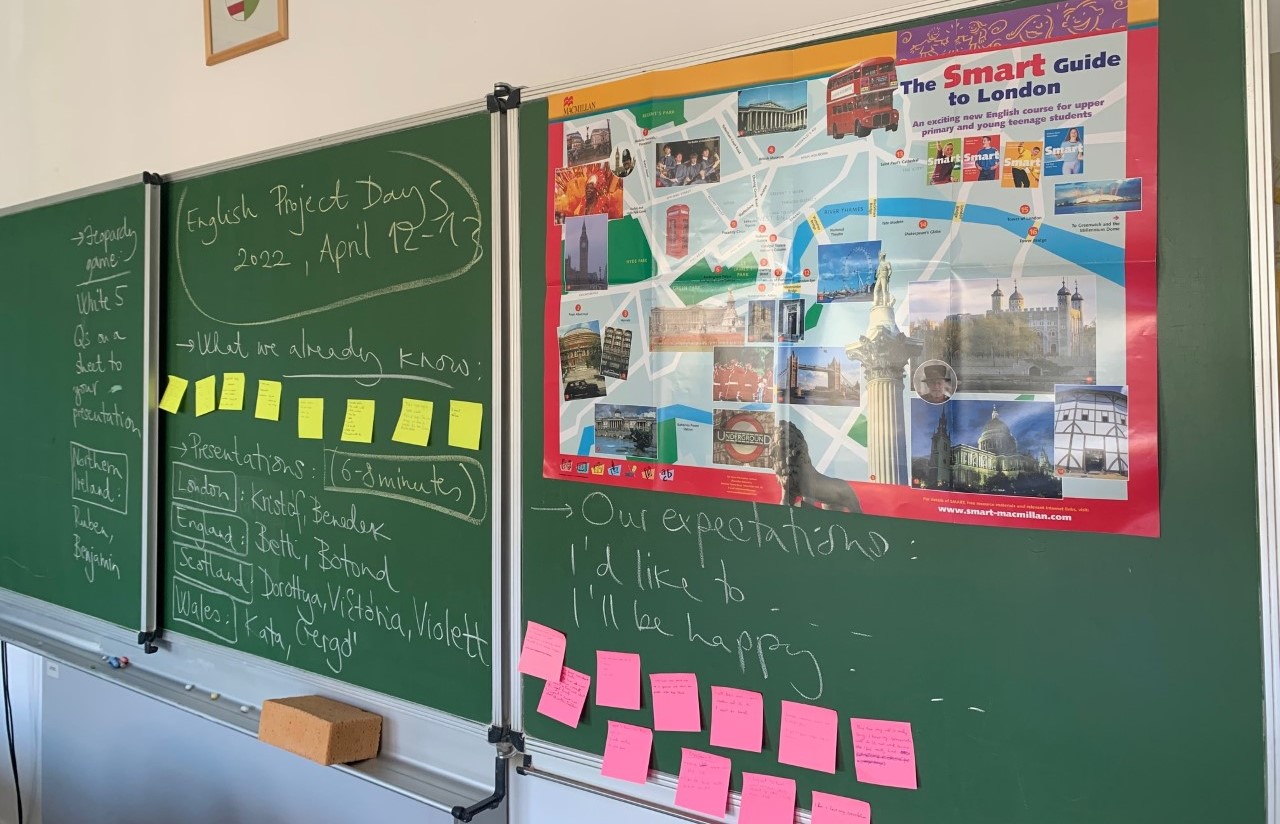